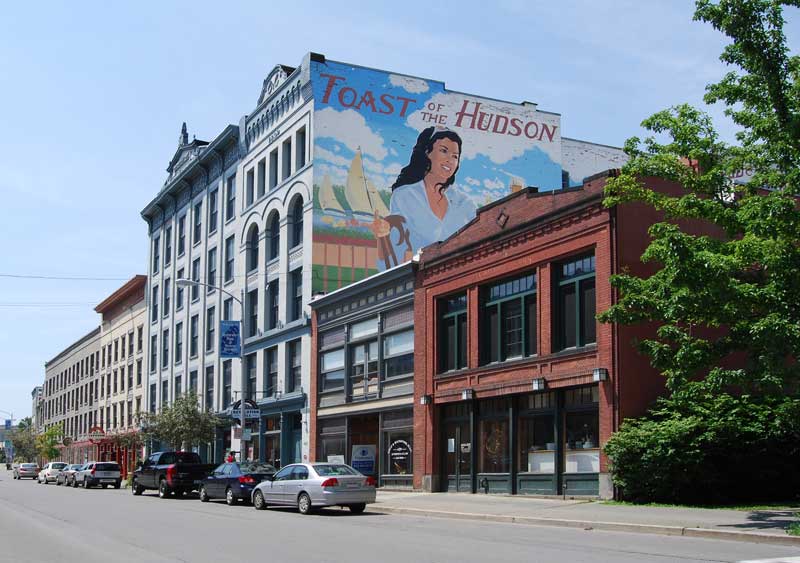 Had anyone suggested to me back in 2000 when I was attending college in Troy, NY, that Troy was on the verge of becoming a major attraction for hipsters, software developers, and real estate investors, I would have called them crazy.  Yet for the last 5-10 years, despite it's ongoing political and tax challenges, the Collar City has seen huge appreciation in downtown property values, major investment by developers, and a seemingly endless supply of new, cool businesses opening and expanding downtown.

Bars like The Ruck in downtown have been transformed from a dive-bar that was once best known for its deplorable bathrooms, to an upscale craft beer bar with an executive chef, award-winning food, and some of the best vegan options in the Capital Region.  Startups like biotech Vital Vio, cybersecurity firm Greycastle Security, video-game developer Velan Studios, and countless others are gaining traction in the city and contributing to the millenial interest in downtown.

As this renaissance continues, Troy investment real estate continues to increase in value and deals are becoming harder to find, especially in the multi-family space.  Now, with the added tax incentives of the Opportunity Zone program coming to Troy, we don't see this trend slowing any time soon and are expecting to see many investors that have been priced out of downtown begin expanding into areas like South Troy and Lansingburgh that are in dire need of investment and development.

To understand where these Troy Opportunity Zones are located, check out our detailed map below.  As you can see, the zone's northern border starts at 101st in Lansingburgh, and extends south through downtown, bordered by 8th St. to the east and the Hudson River to the west.  It continues on to it's southern border along Adams St., 3 blocks south of Russell Sage College, and also up Congress St to Tibbitts Ave. near RPI and encompassing Prospect Park.